The Honor Board has a wide variety of cases brought before it. Topics range from personal differences to academic dishonesty to misuse of public materials. At Olin, the Honor Board is a means for community members to work out their differences in safety and confidentiality. In this article, you can invent your very own Honor-Code-violating case to bring to the Honor Board! Find a friend and fill out the Mad Libs in the paragraphs below. Scan and send your best ones to hbmadlibs@gmail.com for possible future publication!

This story was loosely based on an actual case wherein local police were very concerned about a possible gunshot heard in Parcel B and students both inappropriately used stockroom materials and failed to come forward and tell the police what had happened. You can read the case abstract and conclusion at HonorBoard.Olin.Edu. 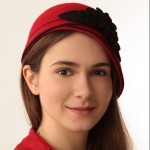